Two of my favorite facts about the effects of scientific illiteracy involve CSI (and other similar TV shows) and the advertisers who bring them into your home each week.  First of all, there are lots of these shows, with new ones already planned for the fall season… 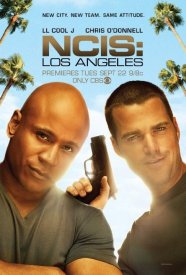 It seems like there has to be a natural limit to how many of them we can have, given the finite number of hours in prime time.  Prime time is typically defined as the three hours between 8pm and 11pm in EST, adjusted for other time zones.  Since that gives us at most 21 hours of prime time, I suppose there is an end in sight, but it is still a few shows away.

Anyway, the pressure is on the writers of these shows to concoct elaborate murder plots where, with the scantest evidence, the scientists-turned-investigators use a dazzling array of techniques to nail the perp.  From Blood spatter analysis a la Dexter to endless DNA panels to fiber and paint analysis to god-knows-what, the crime fighters always get the bad guy.  And it almost all relies on the fact that the crime-fighters, as the immortal (and terrible wooden) William Petersen always said in the role that started it all, “Let the evidence speak.”  In fact, I once played a drinking game in which we took a shot every time he said some version of this, and I was on the floor within half an hour.

Increasingly, these shows use shockingly little traditional police work such as interviewing witnesses and the like.  They don’t, in the vernacular, use up a lot of shoe leather.

But this is just TV, right?  What’s wrong with a little harmless entertainment?  After all, Sherlock Holmes’s deductive prowess isn’t really all that realistic, but the stories are timelessly entertaining.  Well, there’s this:

Prosecutors across the country are reporting what has become known as “the CSI effect.”  Without knock-down scientific evidence of the sort portrayed in these shows, convictions are getting harder to achieve.  Since people are addicted to these TV shows, they expect every case to be decisively settled by some lab-coated investigators or else they find reasonable doubt.   A thorough and nicely-cited article about this can be found here.

And besides this, fingerprint and DNA evidence are not always as dispositive as most people believe them to be.  Fingerprints found at crime scenes are compared with exemplars taken in laboratory conditions and assessed by the number of matches that are found between the crime scene prints and the prints on file.  The problem is that different jurisdictions count different numbers of matches as “proof” that the person who left the collected prints is the person on file.  Some jurisdictions have set the standard number of points of comparison at 12 while others go as high as 20 points needed for certainty in identification.  But these are simply arbitrary standards, and they are seldom explained to the public or to juries.  Until I learned otherwise, I assumed the two prints were overlaid on two transparencies and were seen to be entirely identical.

Similar issues exists for DNA matching–there are various techniques, lab error, forensic misinterpretation and the like yet, like fingerprinting inits heyday, the DNA evidence is often taken by jurors to be infallible, at least in part because of the way it is represented in the mass media.  DNA identification is more reliable than fingerprinting, but the results are still open to interpretation and error. 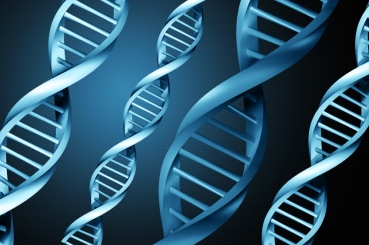 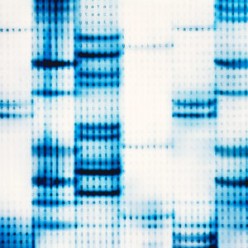 You can imagine the state of the art in finding matches between bullets fired from the same gun, fiber samples, shoe prints, paint flecks and the like.  It is all less, rather than more, precise than fingerprints and DNA, yet juries crave it.  And, sadly, what juries are very often swayed by, eyewitnesses, are less reliable than almost any ot these other pieces of evidence.  The by now well-known Gorilla Effect is just one demonstration among many of how bad we are at seeing what is literally right before our eyes.

And now, a message from the advertisers who bring you these programs.  In recent years, the placebo effect has been getting stronger.  The placebo effect, from the Latin for “I shall please,” is the measurable tendency of noneffective therapies such as sugar pills to bring about cures or remediation of symptoms in a group of patients.  All therapies are tested in controlled conditions to see how well they perform against the placebo effect.  The closer the two treatments are in effectiveness, the less reason there is to use the drug, especially in light of the near-certainty of side-effects (a typical result for some of the popular statins is that the drug lowers cholesterol by 20% while the placebo lowers it by 8%.)

As nearly as anyone can figure, the cause of the greater placebo effects we are seeing is that people are coming to believe that there is a pharmaceutical cure for any problem that ails you.  This faith in pills is probably due to the ubiquity of pharmaceutical advertising and the claims that are made in the ads before the hurried reading of the possible side-effects.  If the trend continues, I suggest that we save all the R&D money, buy more ads to convince people and just hand out placebos, since they will be getting more and more effective and will be free of pesky side effects.

Indeed, the public must have a fairly high degree of faith in the drug companies’ products when they continue to consume them despite the presence of rather severe side effects associated with many popular medicines.  Just pay attention to the laundry list of possible consequences the next time you see a drug commercial.  For many antidepressants, one of the side effects is suicidal thoughts.  For a popular treatment for asthma, one side effect is increase frequency and severity of asthma attacks.  And almost all of them have some sort of death listed at the end of the list of possible problems.  I don’t know about you, but first of all, if death is a possible outcome, I’d like that to be mentioned first and, second, if I am taking a drug to treat an ailment, I would like it not to make that ailment worse as a known side effect. 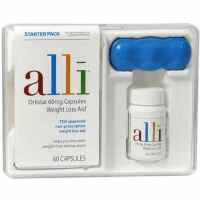 But to end on a lighter note, let’s see how great the confidence of consumers is with respect to the efficacy of pharmaceuticals.  As our example, take Alii, one of the most profitable prescription drugs of all time and the best-selling over-the-counter drug for months when it became available.  According to the manufacturer, GlaxoSmithKline, Alli has the following side effects (which they charmingly call “treatment effects”):

Take a few moments to let that sink in.  To lessen the severity of these effects, one is advised to eat fewer than 15 grams of fat per meal and less than 42 grams per day.  Just to compare, a Big Mac has 29 grams of fat, a Kind Dark Chocolate & Sea Salt Bar has 15 grams of fat and a cup of baked chicken breast meat has 6 grams of fat.  Bon Appetit!

Besides the fact that a diet that would decrease the severity of the treatment effects would get you losing weight anyway, Alli claims its maximum benefit to be 1 pound of extra weight loss for each 2 pounds you would have lost anyway.  And the stuff costs about $50 for a 20 day supply!  NBC News has a good write-up here, and a very funny but a bit curse-filled translation of the Alli “treatment” effects by Jeff Kay can be found here.

To cap it all off, the brochure that comes with Alli advises one to look on the bright side of the treatment effects:  they are reminders to keep with the program and incentives not to cheat.  I’ll say.  Yet this is still one of the most popular drugs ever to enter the marketplace.

So let’s all hope that juries and drug consumers stop watching so much TV so we can get rational conviction rates and wiser consumption of pharmaceuticals in the future. 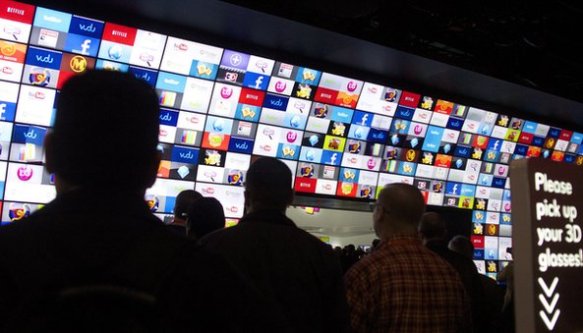