There was an article circulating last week about a man who drove his Tesla electric car across the country, almost 3,000 miles, without paying a dime.  While there is a feel-good aspect to the story, part of his journey was to promote the electric car and its potential to lower greenhouse gas emissions.  He packed a cooler full of food and set off, and spent no money on the entire trek.

Inspired by this feat, I performed a similar stunt.  I drove my stretch Hummer limo coast-to-coast, towing another stretch Hummer with its parking brake engaged, without spending a dime during the trip.

How did I do it?  Not by packing a cooler—I need at least 2 hot meals a day.   I just bought a pre-paid Visa card worth $10,000 before I left, and I even had enough credit on the card to play some blackjack on the strip at Vegas. 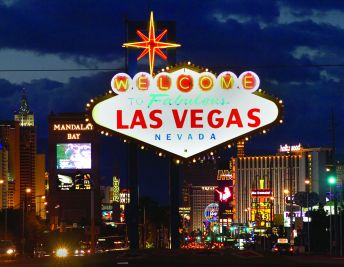 Since I prepaid, I insist that I didn’t spend anything on the trip—I just spent a lot before the trip.  If you think that’s cheating, then bear in mind that when you blow $80,000 on a Tesla, you can use their charging stations for free.  Granted, you have to map out a course that connects the dots of the charging stations every 300 miles, since that is the range of the Tesla, but, apparently, it can be done.  But this guy did the same thing I did—he prepaid for his fuel by paying so much for the Tesla.

But there’s the rub.

Charging his Tesla involves using electricity, duh, much of which in the US (about 50% last year) is generated by burning coal and other fossil fuels.  And with the energy lost in generating electricity and sending it along wires to its ultimate destination (which is lost in heat dissipation), using electricity to power a car generates more greenhouse gases than burning gasoline in a reasonably efficient internal combustion engine.  Don’t believe me?  Well, take it from the electric horseless carriage’s mouth:

A caveat to consider is that when coal plants supply the majority of the power in a given area, electric vehicles may emit more CO2 and SO2 pollution than hybrid electric vehicles.     (taken from this pro-ev report.)

It’s called the problem of the long tailpipe.  Just because you don’t see any emissions at the back of the car doesn’t mean there aren’t pollutants getting produced elsewhere.  When we get the electricity from coal, the emissions are significant and, in most cases, worse that the emissions from using gasoline.

And things don’t get any better with hydrogen-fuel-cell cars.  You see, the way to get hydrogen is to crack water into oxygen and hydrogen via hydrolysis, and cracking requires a whole lot of electricity.  Almost half of which is generated from burning coal and other fossil fuels.  The long tailpipe is still there.  And, although this is an unfair thing to say, I can’t resist:  What could go wrong at a hydrogen filling station?

But this brings up another issue—the infrastructure investment required to make either of these technologies practical is enormous.  If you’ve ever had a diesel car, you know exactly what I’m talking about.

You quickly learn where every diesel station within a 20-mile radius is, because you’re always worried about running out of gas, no matter how good your mileage is.

While electric charging stations are more straightforward and becoming more common, my mind simply boggles at how difficult and expensive the project of building a network of hydrogen filling stations would be.  And again, even though it is unfair:

Add to this the pesky problem of battery replacement and disposal, and it looks like there may be even more coming out of the long tailpipe than we first thought.

And while Elon Musk took the admirable and nearly unprecedented step of releasing a great number of his patents into the public domain to encourage the electric vehicle market, we will have to wait and see whether the way we generate electricity in this country will make it reasonable to these cars.

In my next post I will address the prospects for alternative energy production to lessen the long tailpipe effect, or whether we simply have to reduce energy use to combat climate degradation.